Growing your business quickly is the dream of every entrepreneur. Some are successful, but for others, it is difficult to find ideas to propel a young business.

You may not know it yet, but well-known start-ups have become famous quickly using a set of practices and techniques called Growth Hacking.

What is this process that we do not know well and how do companies appropriate it, sometimes bordering on legality? Here are 5 examples of successful Growth Hacking that have propelled the biggest ones exponentially.

What is Growth Hacking?

Literally, we can translate growth hacking by “growth hack”. It is objective: rapid, the exponential growth of a product or service. Some define it more as a state of mind than a technique.

The Growth hacker uses all possible means to achieve its ends. These means may be on the verge of legality and unconventional, but they have only one objective: A Rapid Growth of the Company.

Sean Ellis coined the term when he worked at Dropbox. He did not know how to title or define his position since his function went beyond simple web marketing. This is how Growth Hacking was born.

Here are the examples of hacks used by today’s giants.

This is one of the best-known examples. The community platform for renting accommodation between individuals needed to build its user base, its reputation, and its clientele.

The founders realized that their potential customers turned to Craiglist to find accommodation. They, therefore, used the user base to retrieve customers.

This tactic worked very well since the public was seduced by the site and then quickly gained loyalty.

Even the social media giant once used Growth Hacking techniques to extend its reach around the world!

Mark Zuckerberg first hacked the Harvard intranet to access all of the student ID photos.

He did not go far from the eviction! The students mentioned were naturally led to register on the network.

The Facebook founder later used university emails to develop the user base.

Facebook encouraged users to list their email contacts in posts. So the people mentioned, curious to know what they were saying about them, registered in their turn on the social network.

Originally, the founders of Instagram worked on the development of a geolocation application. This then caused little enthusiasm. On the other hand, one of the features quickly aroused user engagement: photo sharing.

Instagram is therefore born and has 25,000 registrations from the first day of its launch. The network then propelled itself through influencer marketing, as well-known influencers quickly signed up.

But the social network used other means to grow quickly:

Here are the Growth Hacking techniques used by the founders of Netflix:

It was an idea from the original Growth Hacking that powered the messaging system. Never underestimate the power of signing!

Hotmail invited email recipients to obtain a free account by including the catchphrase: “PS: I love you. Get your free email at Hotmail ”at the bottom of each email with a link to the Hotmail site.

The messaging service has experienced ultra-rapid growth with 12 million users in 18 months.

It is said that luck smiles on the daring. The growth hacker is non-conformist and creative, he is also an experimenter.

All the companies mentioned have grown exponentially using a set of growth hacking techniques that are inconsistent and yet very effective. 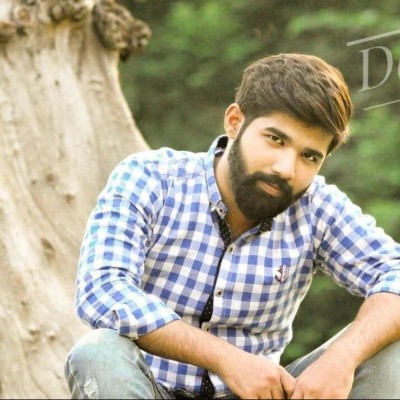 Dayam Ali is a web engineer, digital marketing expert and has an extensive understanding of what it takes for a business to completely crush it online. His previous work experience includes author roles in <a href="thehustlersdigest.com">The Hustler's Digest</a>. Dayam Ali is a graduate of the University of Education, where he studied Information Technology.
bennettaben@gmail.com
http://thehustlersdigest.com/