List of all Google’s Search Algorithm Update Happened in 2017

There is major chatter in the SEO Service community in India perhaps rumors of another Google’s Search Algorithm update that targets Private Blog Networks, Links, or possibly related tweaks!

Unfortunately, due to the secretive nature of Google (to help prevent Black Hat SEO’s gaming the system), it is not always easy to understand or see the changes Google makes, especially as Google tweaks its algorithm daily.

You need to check the feedback both in the SEO community and Google to keep track of the changes in the SERP’s in combination with your own rankings to conclude what you need to do on your website to increase your website’s ranking.

To help Digital Marketing community with the Google’s Search Algorithm Updates happened in in 2017, I have shared the list of all updates happened along with their effects on search results.

Below is a List of all Google’s Search Algorithm Update Happened in 2017:

Google confirmed an extended max of 320 characters for snippets all the way to. Two penalties, one over event markup and the other over AMP teasers were warned by Google.

Google said they will stop crawling the old AJAX scheme. Google also changed up the featured snippets and dropped the features in the info command.

This was a more significant Google search ranking algorithm update that had happened. It was not at the level of Penguin or Panda update, but it was more significant than the daily Google updates does throughout the day.

Google Panda Algorithm says – “Content quality matters the most!” This update was made to lower the rank of “low-quality sites”, and thus “higher-quality sites” comes near the top of the search results.

This is Google’s new search algorithm update that plays a significant role in deciding the ranking of websites. Google has a long history of algorithm updates for search index changes and refreshes.

For Mankind, there is nothing impossible. He is capable of solving every possible issue to get that comfort and for this, he keeps working tirelessly. Technology can give us relief from our routine work so that we can focus more on the insights that can reap results. Many Tools have developed to get relief from that extra work and anyways and already we blindly rely on the KING – GOOGLE to provide us that exact search results what we need the most.

Google Algorithm Search Results Update was a big change in the algorithm to improve the link quality and correct methods to get legitimate backlinks to improve their rank and get traffic to their website.

Google ranking and search algorithm results shift every now and then. Google’s Rankings will be updated bi-annually. There were also some huge SERP fluctuations for many of the brand keywords.

With a new month comes a new set of SERP news to sort through. The year of 2017’s biggest SEO story-lines moved onto the next chapter on October 26, 2017, because the October SERP saw one of the year’s biggest narrative evolutions.  These newsworthy SERP scoops, plus a slew of SERP feature tests and changes, made October’s Google SERP quite the provocative place!

Well, the cat is out of the bag, sort of. The Mobile-First Index has been rolled out in a significant way. This update will carefully scour the SERP for SERP features each and every day. Your SERP feature data tell you what percent of Page One SERPs have a Local Pack, or Knowledge Panel, or HTTPS, etc. Next, this will be done both on desktop and mobile.

Well, during the course of doing so you may start noticing new and different HTML classifiers. SEO Service in India started seeing the rate of these “new and different classifiers” i.e., how the HTML “appeared” and was structured and observed how it really picked up on mobile. Google’s first thought, of course, was the Mobile First Index should really pick up.

SEO Service in India declared that the mobile first index roll out by Google was at the host level for some sites. For e.g.  www.domain.com v/s m.domain.com v/s something.domain.com etc.

So if you have subdomains, Google might push them out individually. But it seems Google is not rolling it out on a page by page level. The Mobile First Indexing is done at the host domain level, which is a much higher level than the page by page level that we would get with a Penguin algorithm or HTTPS algorithm, for example.

Google has rolled out a new mobile-first index. This means Google will create and rank its search listings based on the mobile version of the content, even for listings that are shown to desktop users. Wondering how this will work? – As more and more searches happen on mobile, Google wants its index and results to represent the majority of their users — who are mobile searchers.

Google started to use the mobile version of the web as their primary search engine index.

A search engine index is a collection of pages/documents that the search engine has discovered, primarily through crawling the web through links. Google has crawled the web from a desktop browser point of view, and now Google is changing that to crawl the web from a mobile browser view.

Don’t freak out. That’s what Google’s says to SEOs and webmasters who might be concerned about the upcoming switch to a mobile-first index.

The change is prompted by the fact that, since 2015, more than half of all Google searches are happening on mobile devices. When the change happens, Google will use the mobile version of web content as its primary index and rank results based on that mobile content, even for desktop searchers.

One of the big challenges in making this switch is that the mobile web has fewer signals for Google to use.

Google has updated their search results on October 3, 2017, it’s all flux, and search results are shuffling around. The ongoing Webmaster World has spiked in complaints from webmasters and SEOs about ranking shuffles and the automated tracking tools are showing huge changes.

Google’s algorithm has undergone some changes in 2017, most of them relatively minor compared to the towering importance of the old mainstays of SEO: links, meta titles, and thought leadership content. Using data & analysis from the huge number of Google Analytics accounts that can be studied daily.

Creating the best piece of content on the Internet about a given subject, and doing so with regularity – is a process known as thought leadership and is the most valuable online marketing strategy we know of. Google feels the same way; it eats up excellent content within hours of the time it is published, rewarding the businesses that post it.

Each year, Google changes its search algorithm around 500–600 times. While most of these changes are minor, Google occasionally rolls out a “major” algorithmic update (such as Google Panda and Google Penguin) that affects search results in significant ways.

For search marketers, knowing the dates of these Google updates can help explain changes in rankings and organic website traffic and ultimately improve search engine optimization. Below, we’ve listed the major algorithmic changes that have had the biggest impact on search.

So much flux going on, SERPS changing with almost every search, fluctuation in rankings as well, everybody is thinking this is Penguin 4 or this looks a lot like the last refresh. You can see lots of chatter at black hat world and Webmaster World, as well as on Twitter, many emails and direct messages about a potential Google update.

This is all very interesting because Google has somewhat been fighting against these search algorithm monitoring tools for some time. Google said in the past that these tools pick up on the wrong signals, has hinted Google messes with the tools and even suggested they were scrapers that were against Google’s terms of service.

Google said that the third party SEO or search ranking algorithm monitoring tools tend to get the weather right most of the time.

Since Google is the pioneer in the search marketing, new changes in Google Algorithm Update 2017 are vital.

The thing was looking strange on September 8, 2017, bounce rate was high, and page per session was down. Traffic was also down marginally, but it was too early to know for sure if it is significant. Lets’ wait and watch

Everybody noticed a shift in Google’s local search results some of the changes we saw with Possum.

“Possum” is the name given to an unconfirmed but documented update which appeared to most significantly impact Google’s local pack and local finder results.

Many have perceived Possum’s purpose to be a diversification of local results. While the assumed update certainly did have this effect, one of its challenging “side effects” was the filtering out of legitimate business listings if they happen to share Google categories with other entities in the same building. One study of 1,307 businesses suggested that Possum affected 64% of Google’s local results.

Impacts of Possum are as follows:

1. Filtered results based on affiliation.

2. Businesses beyond city borders move up the rankings.

This month was a pretty quiet month in terms of major things, mostly because it was the summer. But everybody did see some algorithm movement with the Google search rankings. Google did confirm that Panda changed but won’t share the number of algorithms they use. Things are looking good for the mobile.

Google said on Twitter this morning that Google has changed the way they think about Panda from five years ago. Panda algorithm rewards great-quality content by demoting content that’s either quite spammy in nature or that’s simply not very good. Now, here, fortunately, we have the tools to be able to determine the “good versus bad” when it comes to figuring out what Google considers quality.

Given the immensity of the Great Google Algorithm, one should think the search engine optimization community would have given up trying to figure out what Google is actually doing. And yet Google only do what doesn’t hurt for any length of time and stop doing what does hurt as soon as they figure out why they are in pain.

It seems Google may have tweaked their search ranking algorithm; your site may be ranking higher or lower or the same depending on if this update has impacted your web pages. Based on Google Algorithm & Ranking Update of August 22, 2017, a lot of chatter is happening in the search community.

SEO service in India reported that webmasters and SEOs were experiencing noticeable changes in their rankings. They also speculated that the update does not appear to be related to either Penguin or Panda.

The data sets are extremely large and are then analyzed computationally to figure out search engine behaviors and also ranking algorithms, backlinks to websites, analytics, website social signals and lots more.

Over the last month, Google has been seen testing two different styles of “Back to Top” button at the bottom of the mobile search results.

Like It? Please share in your circle to let others know about this. Also, any suggestion, tips or updates are most welcome from all community members. 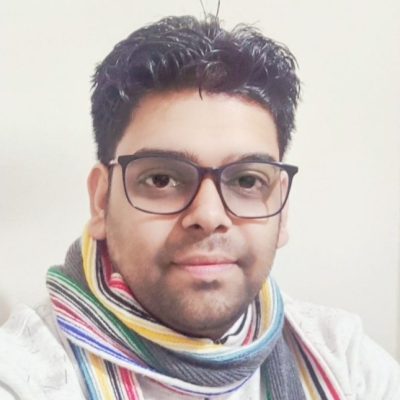 Anubhav Garg is a leading Digital Marketer and Online Marketing Professional who has been a part of the Online Marketing industry since 2011 & has been ever since contributing to the achievement of companies worldwide. With having advanced knowledge of search engines and a columnist in his profession, he loves all the things related to Content, Search, Web, Link Building, Paid Marketing and Social.
garg17anubhav@gmail.com
http://searchenginestream.com